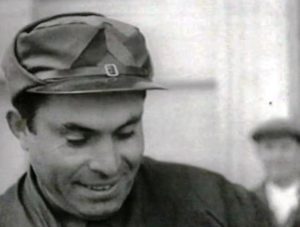 It is we the workers who built these palaces and cities here in Spain and in America and everywhere. We, the workers, can build others to take their place. And better ones! We are not in the least afraid of ruins. 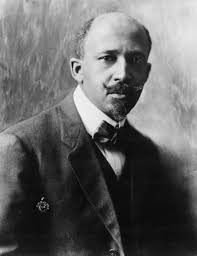 These are some of the chief things we want. How shall we get them? By voting where we may vote, by persistent, unceasing agitation, by hammering at the truth, by sacrifice and work.

We do not believe in violence, neither in the despised violence of the raid nor the lauded violence of the soldier, nor the barbarous violence of the mob, but we do believe in John Brown, in that incarnate spirit of justice, that hatred of a lie, that willingness to sacrifice money, reputation, and life itself on the altar of right. And here on the scene of John Brown’s martyrdom we reconsecrate ourselves, our honor, our property to the final emancipation of the race which John Brown died to make free.

We do not believe in violence, neither in the despised violence of the raid nor the lauded violence of the soldier, nor the barbarous violence of the mob, but we do believe in John Brown, in that incarnate spirit of justice, that hatred of a lie, that willingness to sacrifice money, reputation, and life itself on the altar of right. And here on the scene of John Brown’s martyrdom we reconsecrate ourselves, our honor, our property to the final emancipation of the race which John Brown died to make free.

Address to the Nation 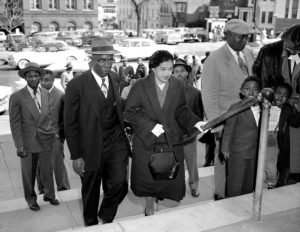 I went home and I said to my wife I said, “Baby”, I said uh, “We’ve got a case that we goin’…boycott the Montgomery city line. She said, “Do what?” I said, “We’re going to boycott the Montgomery buses”, I said, “We ain’t going to ride ’em”. And she said, “Man, don’t you know these folks ain’t gonna stay off the bus cold as it is?” I said, “I don’t know about that.” I said, “If they stay off while they cold they won’t have no trouble keeping them off when it’s warm.” And she looked at me and she shook her head. And she said, “My husband, my husband.” She said, “If headaches would sell for a dollar a dozen my husband just would just be the man to walk into the drugstore and say, ‘Give me a dozen headaches.'” I said, “I’m gonna try it,” I said. “I’m convinced that we can win with this case and I’m gonna try it.” 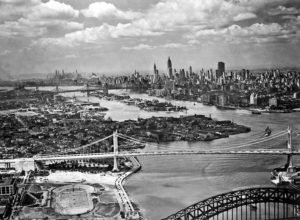 Quote of the Day from journalist Aymann Ismail:

“The fair housing laws passed in the last half-century have forced racists to devise whole new methods of discrimination, subtler but serving the same purpose: to keep people of color out of ‘white’ spaces. The villains in these cases—landlords, brokers and neighbors—are often tough to identify, but, once exposed, are easy to loathe. It’s harder to find fault with a sidewalk or a highway; when some feature of the city has seemingly always been there, you can lose sight of the fact that it was once new, conceived and constructed by people with their own inbuilt prejudices. But a city’s landscape can exclude as effectively as any policy or person, in subtle but sinister ways.”

(Photo: “Triborough Bridge Is Completed” from the Underwood Archives.)

we all heard it,

cutting across the hot grit of the day.

and other symptoms of an old despond.

that we are each other’s

we are each other’s

we are each other’s magnitude and bond. 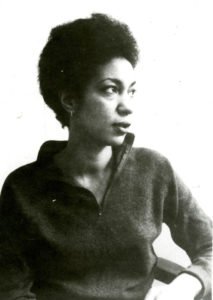 Our QOTD is a poem from June Jordan, the great radical poet, essayist and teacher born on this day in 1936. Alice Walker said about her, “Jordan makes us think of Akhmatova, of Neruda. She is among the bravest of us, the most outraged. She feels for all. She is the universal poet.” This poem is the one that opens her posthumous Collected Poems, “Directed by Desire.”
These poems
they are things that I do
in the dark
reaching for you
whoever you are
and
are you ready?
These words
they are stones in the water
running away
These skeletal lines
they are desperate arms for my longing and love.
I am a stranger
learning to worship the strangers
around me
whoever you are
whoever I may become.
June Jordan 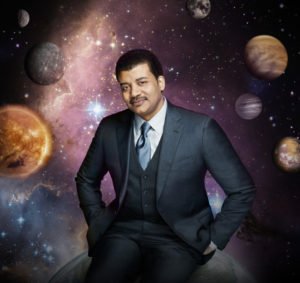 “If your philosophy is not unsettled daily then you are blind to all the universe has to offer.”

“Yes, the universe had a beginning. Yes, the universe continues to evolve. And yes, every one of our body’s atoms is traceable to the big bang and to the thermonuclear furnaces within high-mass stars. We are not simply in the universe, we are part of it. We are born from it. One might even say that the universe has empowered us, here in our small corner of the cosmos, to figure itself out. And we have only just begun.” 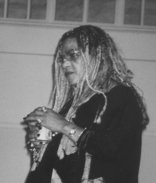 “one thing I don’t need
is any more apologies
i got sorry greetin me at my front door
you can keep yrs
i don’t know what to do wit em
they don’t open doors
or bring the sun back
they don’t make me happy
or get a mornin paper
didn’t nobody stop usin my tears to wash cars
cuz a sorry.”

― Ntozake Shange, For Colored Girls Who Have Considered Suicide When the Rainbow Is Enuf 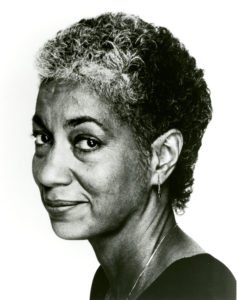 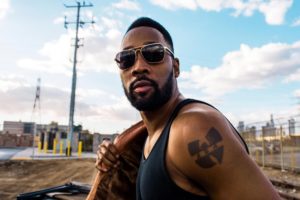 Our QOTD is from rapper, hip hop producer, actor and director RZA, who kicked off Hulu’s virtual NewFronts presentation Monday before an on-line audience made up of mostly digital ad buyers, brand executives and creative people with these words:

“I’m calling on you to take action, Help us fight against this systemic racism. It’s in our country and around the world. You have a platform. Use it. Use that sh*t! Use that sh*t to make a change.”

Whatever platform you have, “use that sh*t”! 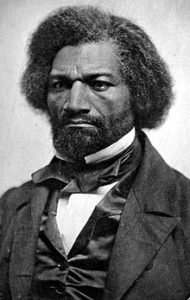 Our QOTD is from Frederick Douglass. For many years, a centerpiece of World Fellowship’s July 4th has been Frederick Douglass’s 1852 speech “What to the Slave is the Fourth of July.” We read it in many voices, and two years ago its devastating verbiage adorned a staff float in the local Independence Day parade. This year, it is being rediscovered and read throughout the land. That is as it should be, because it is one of the most important foundational documents of our nation, if it is to be properly reborn in justice.
In Douglass’s immortal words,

Today, embrace the whirlwind and the earthquake.

Quote of The Day 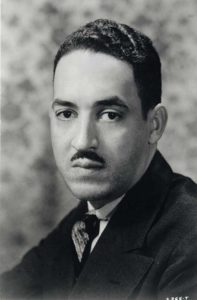 Our Quote of the Day is from Thurgood Marshall: